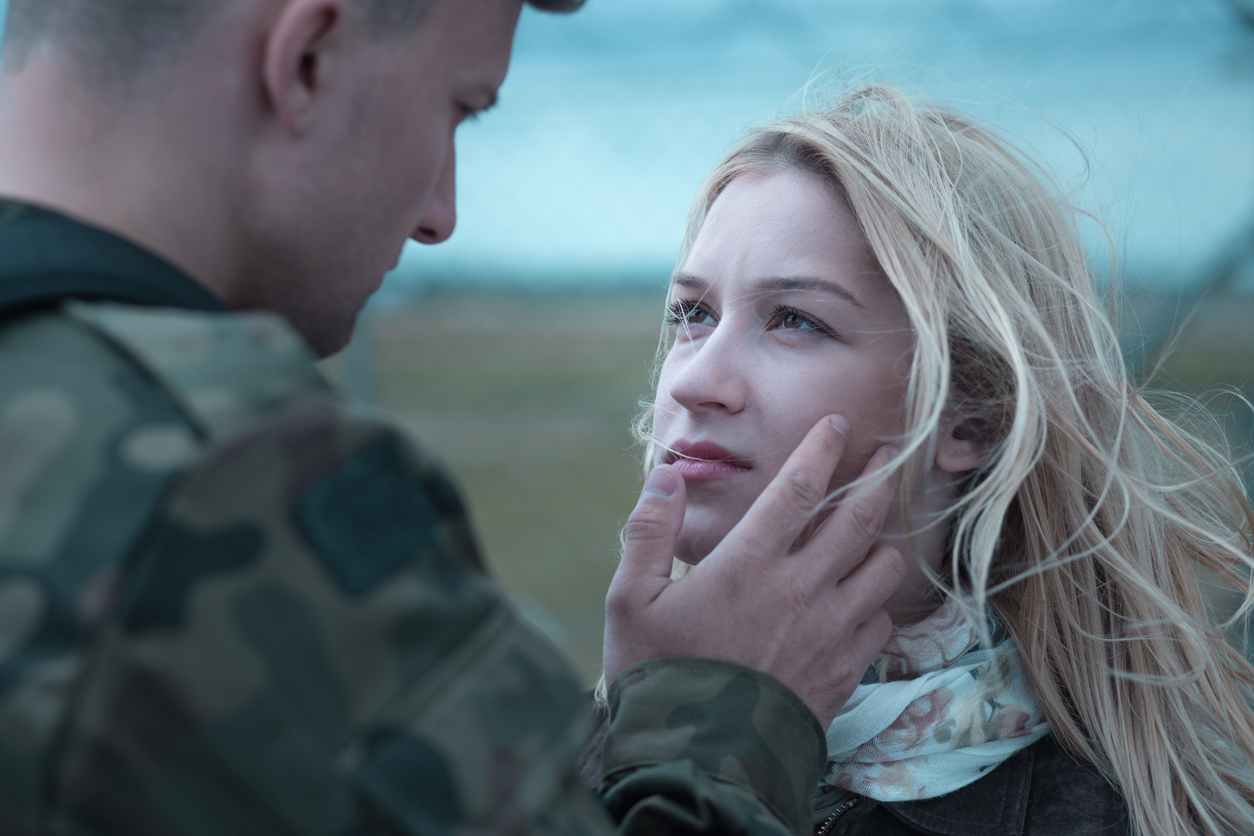 One minute you’re minding your own business, and the next, you’re being side swiped by the past.  After Vegas, counselors told survivors we would more than likely experience “trigger” moments. It could be large crowds, loud noises, or the smell of BBQ, but instantaneously we would be transported back to that moment in time where we suffered an extraordinary trauma. Overcome by emotion, our triggers could become paralyzing. Momentarily trapped in memories.

Well, triggers happen in divorce too.

The other night, I was driving home from bible study and Great Big World’s “Say Something” started playing. About 30 seconds into the song I’m crying, by the end, I’m balling.  Now, I’ve heard the song before, but this time it triggered a traumatic event. The loss of “my” husband. The man I fell in love with. My soldier.

More often than not, my ex is described as a generally stoic, passive man. In his personal life, he’s not overly emotional or confrontational. If I had a dime every time I heard the words, “I don’t care, whatever you want to do” while we were married, I wouldn’t have had to work. And while that may sound like a dream to some, for me, it was infuriating. In those last 3-4 years I wanted him to care. I wanted him to have an opinion. To push back. It didn’t matter what it was. Just as long as he HAD an opinion on what we did, where we went, or what we ate. Everything was so passive I didn’t feel like his wife, I felt like his mother. But in my attempts to be the best wife I could, I went along with it. Carrying the load of our life by myself.  Choosing the schedule, going to work, cleaning the house, making the food. And with each day, the load got just a little bit heavier.

After my son was born, everything changed.

I couldn’t carry the load anymore. The weight had become too much to bare and I needed him. I vividly remember one of our more heated one-way conversations,  I literally stared into his eyes, with tears streaming down my face, and told him “say something.”

“Say Something” by A Great Big World

But he never said anything. Not once.

He never told me he was unhappy. Never said he wanted things to be different.  Not when I asked. Not when I screamed. And definitely not when I cried. I watched my solider get smaller and smaller inside of the man in front of me. The man who let work, bills and family life crush him.  Too weak to fight back, he just gave up.

Divorce is a long grieving process. Not only do you grieve the loss of your spouse, but you grieve your future. The one you thought you were going to live before everything went to crap.

And there’s no other choice. You have to say goodbye.

Goodbye to your old life.

Goodbye to friends and family.

Goodbye to your home.

But for me, the hardest loss has been my soldier. The man I fell in love with. The one I met in the coffee shop. Who played with my hair, and always held my hand. The man who made me laugh and watched Ghost Adventurers with me. As time went on, I saw him growing smaller and smaller inside my husband. But I held on. Hoping for him to come back.  It’s a strange concept, but I basically see my ex as the solider I met, and the broken person he is today.

A few weeks after my husband and I split, I told him “I’m sorry for the man that I met, because he doesn’t deserve the life that you’ve given him.” My soldier didn’t deserve to lose his home, his friends, and the respect of his family. When I look at my ex as a whole, it’s so tragic to see what he’s become. Sometimes, I don’t see the man that hurt me. I see the boy that’s hurting. The one who was neglected by his parents and bullied in middle school. I see the young man who tried so desperately to be good man. Who served his country and loved his family, but was crippled by life. Who was too broken to fight.

And I’m sorry I couldn’t get to him.

I’m sorry I couldn’t fight his demons for him. Battle my way through the darkness and give my soldier the light. I’m so sorry I have to say goodbye to him. And I’m heartbroken he’s never coming back. But, I have to let him go. I have to understand who he is today, instead of who he was then, and move on.

It’s okay to grieve and it’s okay to be sad. It’s part of the process. As long as you don’t get stuck in it. Most days I’m completely fine. Excited for my new journey. But on some days, when I’m driving home from bible study, I’ll be triggered back to remember the man I lost. The man who was so much better than his circumstances. Who deserved better than to be destroyed by his own weakness.

And I’ll have to say goodbye all over again.